CBRE remains committed to supporting our clients throughout the course of this pandemic. Information is more important than ever, and our utmost priority is to provide continued service in this rapidly evolving landscape. You can expect regular communication from our team as the situation continues to unfold. CBRE has a robust business continuity plan in place and a technology infrastructure that supports our ability to distribute our research and reports wherever our team of experts are located. We are in this together and remain fully committed to delivering the results you expect. 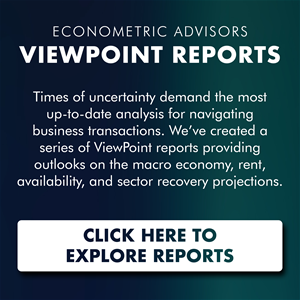 Location, Location, Location—it’s been the mantra of real estate since the phrase first appeared in a Chicago Tribune property ad in 1926. It seems obvious to those of us in the industry, or even anyone with common sense, that a building’s location is paramount to its desirability and success. But figuring out which location ahead of the curve is tricky, since land is scarce and we can’t all set up shop on the prime corner (even if the price is right).

Currently, "submarkets"—segments within a metropolitan area that are generally identifiable to people who live there—most commonly identify commercial real estate locations in the broad sense. But submarket boundaries have a number of problems—they are subjective, change over time, and imprecise. Where one submarket ends and another begins is always up for debate, as is whether the definitions should vary by property type. Seemingly, there are too many things to consider, complicating analysis for real estate professionals and their clients.

Real estate professionals are also in the habit of classifying areas as downtown or suburban. It’s nice for news headlines, but it can be terribly misleading. Two recent stories on population trends tell seemingly contradictory stories—are suburban or urban areas actually doing better? The short answer is both—which is not satisfying if you’re making investment decisions. In the commercial real estate world, we often come to similarly-confusing conclusions regarding property performance using these hackneyed definitions, because no two metropolitan areas are similar, much less equal. The urban center of Los Angeles is not necessarily in its geographical downtown. Instead, dense urban pockets lie in what we call the “suburbs”—and we should treat them as such. Fortunately, there’s a way to do that.

CBRE Econometric Advisors is developing a Live-Work-Play Score in which we categorize geographical locations based on objective data rather than subjective bias. The index will be granular and scalable at the same time—each census tract within EA’s property markets will be given a score of how urban it is, but users will also be able to create aggregates for macro analysis. The idea is to link the score with our property data, so that users may relate real estate attributes to an area’s LWP Score, both quantitatively and visually. We are confident that this tool will add value to investment decisions by making geographical analysis more transparent and precise.  We hope to have a beta version available soon.